For the next eight months, McCarthy and his unit stand guard near the Gatun Dam.  Being an anti-aircraft artillery unit naturally meant they were mostly on the look-out for aerial attacks from enemy planes. McCarthy was part of a heavy anti-aircraft gun crew which stayed on guard 24 hours a day for enemy planes. They were also in charge of constructing new gun positions throughout the canal zone as needed. 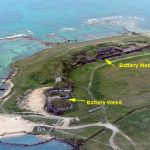 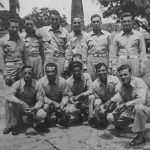