McCarthy heads back to the United States

In February of 1945, William’s time in Panama comes to an end and he is rotated back to the United States.  He will remain in the United States awaiting further orders until the war ends.  Although never battle tested, William McCarthy and his Battalion were always battle ready. The training, preparation, and vigilance shown by William and his comrades ensured that any plans the Germans or Japanese may have had to cripple the Gatun Dam, Panama Canal, and ultimately the United States would have been in vain. 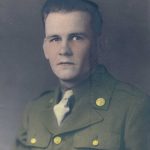 McCarthy is honorably discharged from the Army 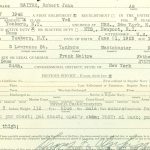