Robert John Maitre enlists in the United States Navy only one month after his 17th birthday.  His father Frank signs as his guardian, officially giving Robert his consent to join the Navy. He is listed as being 5’8″, 132 pounds with auburn hair and blue eyes. His first rank is Apprentice Seaman. 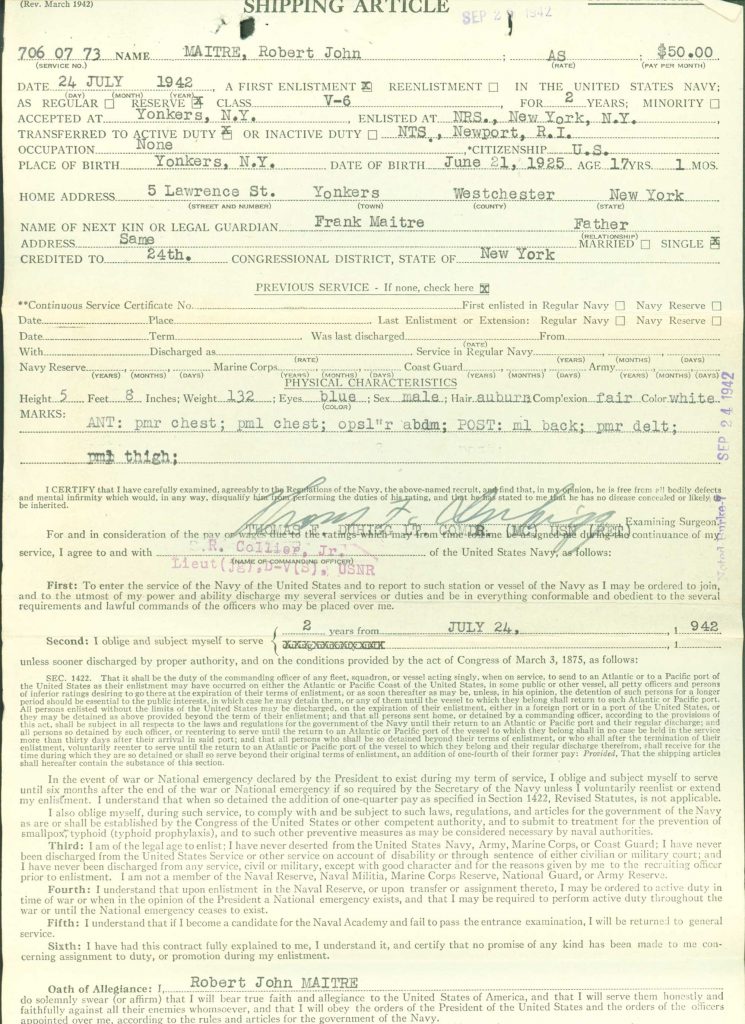 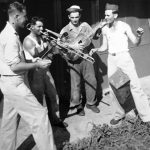 McCarthy heads back to the United States 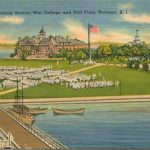