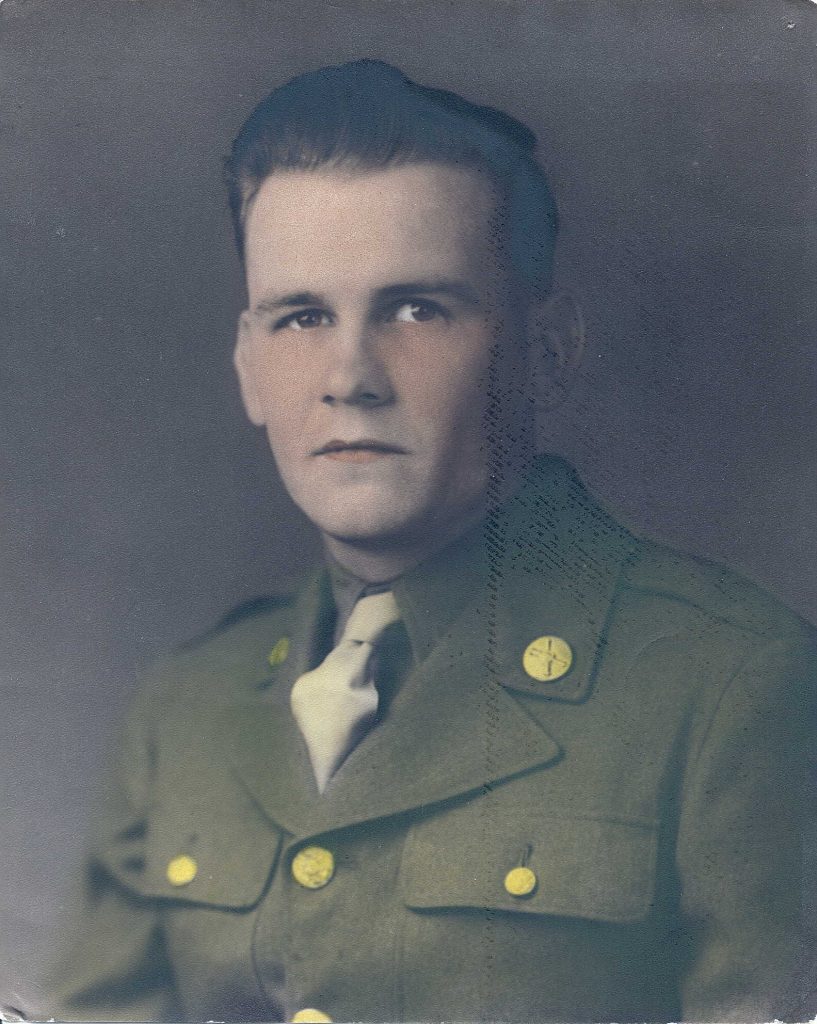 William E. McCarthy was born October 29, 1918, just two weeks before the end of the First World War. Like many American children who grew up in the wake of WWI, he would eventually answer the call to fight for his country after the world again descended into total war in 1939.  On September 24, 1942, William answered that call with a “yes” when he enlisted in the United States Army, just a month shy of his 22nd birthday.  William would celebrate his birthday while enroute to where he would serve most of his three years in the army, the Panama Canal. He arrived at the Panama Canal Zone on November 4th, 1942 after a 15 day journey by ship.

There were several theaters of operation during World War II. While the European and Pacific tend to receive the most attention historically, the American Theater was just as crucial to the defense of the United States, and to the eventual victory of the Allies. A key component of the American Theater was the ability to defend and maintain the Panama Canal. The desire for a water passage through the American continents goes back centuries to the first explorers of the new world. No natural passage existed, so at the turn of the 20th century one of the greatest engineering marvels in history began, and in 1914 the Panama Canal officially opened with a cost in modern dollars of almost 10 trillion. The opening of the Panama Canal greatly reduced the time necessary to transport cargo on ships from the Atlantic to the Pacific. During World War II, the Panama Canal was very important to ship war time supplies and necessities quickly. Because of that importance, the Allies knew that it would be a major target for the Germans and Japanese. Defending it was of the utmost importance, and William McCarthy found himself playing a direct role in that defense.

McCarthy was assigned to the 88th Coastal Anti-Aircraft Artillery(AAA) Regiment, which had been active in the Canal Zone since August of 1942.  The 88th was part of the mission to help centralize the control of the Atlantic defenses, starting with its most important geographical asset, the Panama Canal.  The 88th was organized into four regiments for defense of Atlantic Canal Zone sites. Each regiment was given batteries in a certain section of defense positions with the mission of protecting the objective from an attack in that area.  Being an anti-aircraft artillery unit naturally meant they were mostly on the look-out for aerial attacks from enemy planes.  McCarthy was part of a heavy anti-aircraft gun crew which stayed on guard 24 hours a day for enemy planes.  They were also in charge of constructing new gun positions throughout the canal zone as needed.  Below is an anti-aircraft gun position at the Panama Canal during WWII: 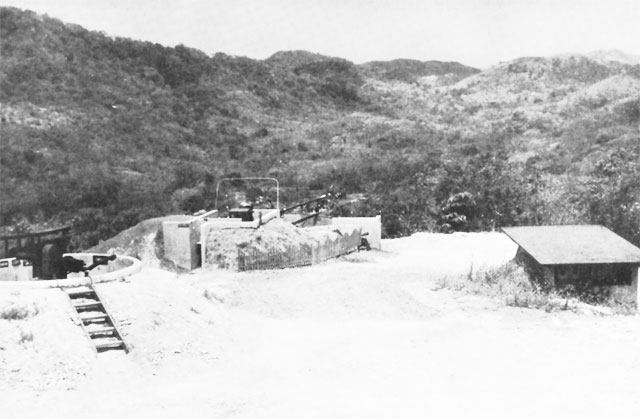 The 88th Coast Artillery was specifically assigned to protecting the Southwest side of the Locks, and McCarthy’s unit, the 901st AAA Battalion – Battery C, was assigned to the Gatun Dam.  The Gatun Dam was and is  a vital piece of the Panama Canal. The dam creates an artificial lake which allows ships to travel 21 miles of the canal, as well as operates a hydro-electric station that generates the electricity needed to operate the many locks within the canal. If an enemy during WWII was looking for a way to cripple the canal, destroying the Gatun Dam would have been one of their best options as a target.. The ability to defend the dam from air, land, and sea attacks was a major priority for the Allies, not only in the American Theater of operations, but in the overall war strategy itself. 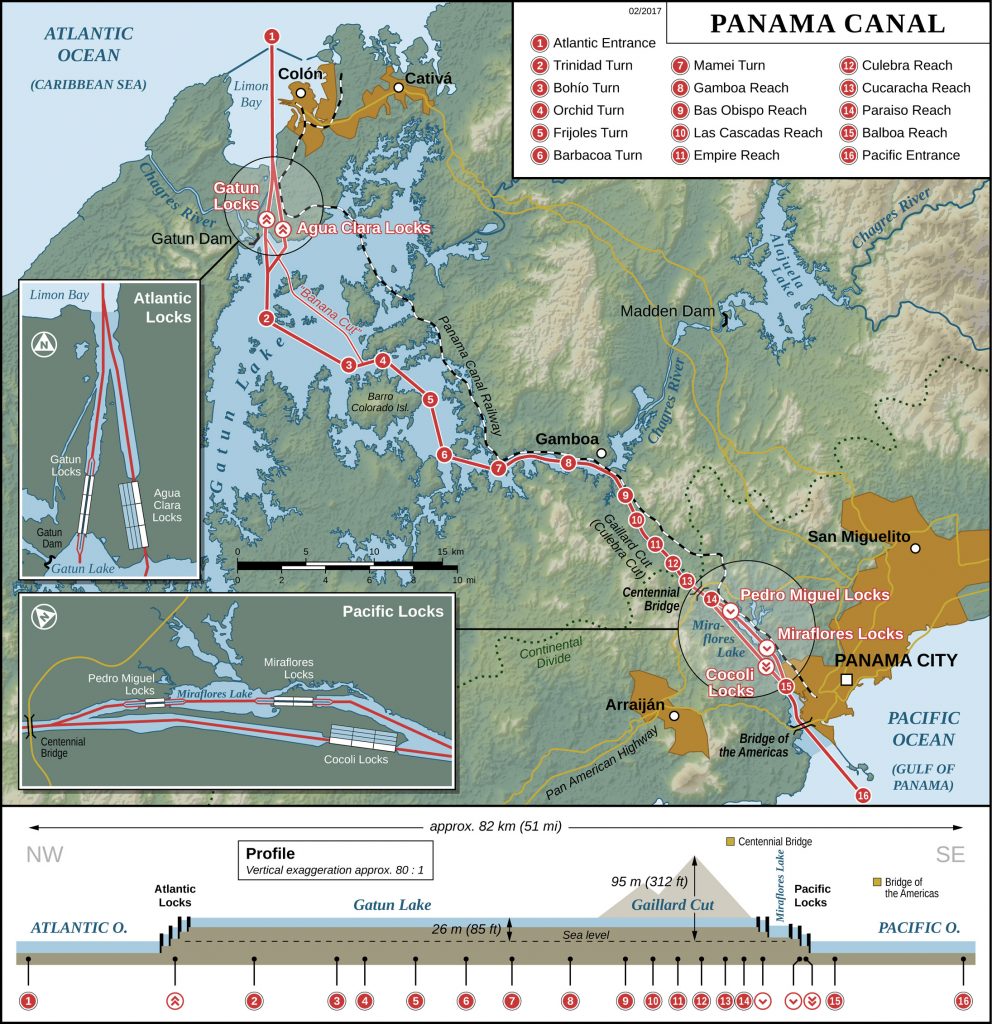 Although the Panama Canal and Gatun Dam were never attacked during the war, we now know that both the Japanese and the Germans both came very close to an attempt. The Japanese had developed a new type of plane that could be launched from a submarine called the Aichi M6A Seiran. One of their first missions had planned to be an attack on the Gatun Dam. In the fall of 1943 the Nazis had completed preparations to haul two planes with folding wings on two U-boats to an unnamed Colombian island near the coast of Panama, reassemble the planes, arm them with “special bombs”, and then send them to attack the Gatun Dam.  Thankfully, neither of these attacks were ever carried out.  The German plan was canceled at the last minute due to unknown reasons, and the Japanese were unable to proceed with their mission due to the U.S. victories in the Pacific. However, even if either had attempted their plans to attack the Gatun Dam, William McCarthy and his heavy gun crew would have been there, ready and waiting to defend it.  Below is a photo of the Gatun Dam today: 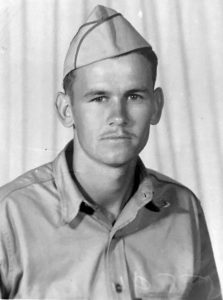 McCarthy spent most of his time in the Panama Canal Zone training, drilling, and teaching. It may not sound exciting, but the vigilance shown by these troops ensured that when tested, they would be ready and prepared to defend the United States. Within his first three months in Panama, McCarthy was promoted from Private to Private First Class.  He was so well regarded on the gun crew that in November of 1943, he was chosen to teach and lecture about anti-aircraft guns at the battalion headquarters’ NCO school.  Upon returning to his unit a month later, he was promoted to Corporal. Four months later, in April of 1944, McCarthy hits the peak of his military career, achieves the rank of Sergeant, and is put in charge of supervising a gun crew of 15 men.

McCarthy’s unit and William himself were decorated during the war. In February of 1944, Sgt John A. McElroy was awarded the Legion of Merit award, and during the ceremony the 901st AAA Battalion participated in a battalion review. This would have been a proud moment for the McCarthy and his battalion, and one of the highlights of their service. Before the war would come to an end, William would receive both the American Campaign Medal and the Good Conduct Medal. 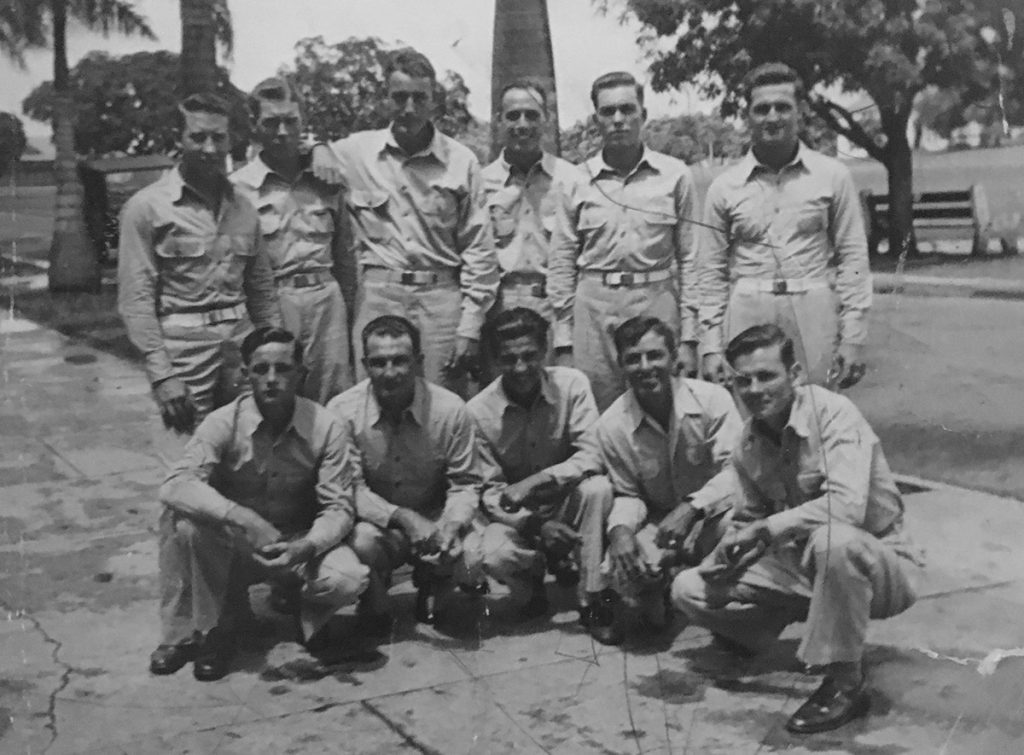 On May 18th, 1944, McCarthy is transferred from the 901st AAA Battalion to the 902nd AAA Battalion.  No reason is given for the transfer, but it was most likely a simple issue of one battalion being short of men and another having a surplus.  The transfer did not work out well for McCarthy, as only one month into his duty with his new battalion, he is reduced from Sergeant all the way back to Private.  The unit’s records make note of the demotion, but do not specify the reason why.  It was most likely due to William not seeing eye to eye with his new commander, as only two days after his demotion, he is transferred to a different battery within his new battalion, probably by his own request.  His move from C Battery to B Battery meant he would have a new leader.  The battery transfer and change of leadership worked, as he would spend the remaining months of the war in this new battery without any issues.

Although never battle tested, William McCarthy and his Battalion were always battle ready. The training, preparation, and vigilance shown by William and his comrades ensured that any plans the Germans or Japanese may have had to cripple the Gatun Dam, Panama Canal, and ultimately the United States would have been in vain.

William’s Path During the War

Click on a map icon for each location’s name:

Drag left & right below to discover his timeline during the war:

Photos of William, his unit, and of the places he served in during WWII:

Custom WWII Research and Storytelling - All Rights Reserved © 2020
Contact Us